The Station Masters 10th Anniversary Dinner and Presentation of Prizes was held last week at HQ. Members and guests gathered to acknowledge the endeavours of our Champions for 2015 and indulge in a spot of fine food and wine. Master of Ceremonies Elliot Davie presided seamlessly over the evening and local lads Rodger Brunton and John Knox had the audience rolling in the isles with their usual brand of wit and repartee. Unfortunately, a strike by Lufthansa meant that Club Champion David Morton failed to make it back from Germany in time for the presentation, but dad Brian picked up the Arthur Christieson trophy on his behalf from Club President Evelyn Christieson who revealed poignantly it had been 63 years to the day that she and Arthur had been married. Captain Jim Simpson collected the Dave McNicoll Handicap trophy on behalf of winner Elaine Jewson, who is currently spending the winter in South Africa. (It’s all right for some – as they say)! 10 years ago, trophies for our four-ball and foursomes competitions were donated by members Matt Edmund and Arliss Rhind who were on hand to make presentations to the winners. Arthur Smith picked up the Enfield Trophy from Arliss and Matt presented the Dunbar Cup to Brian Morton. Norman Reid picked up the The Country Members Cup, donated by country member Graeme McGee. The Greensomes tournament, now in its 2nd year, was won by Nor Reid and Arthur Smith who were presented with the George Anderson Cup, newly donated by Rab Low. Honourary Captain Walter Campbell presented the remainder of the trophies. A fine time was had by all and a fitting end to another successful season.

CHECK-OUT ALL THE PICS IN ‘LATEST NEWS IN PICTURES’ 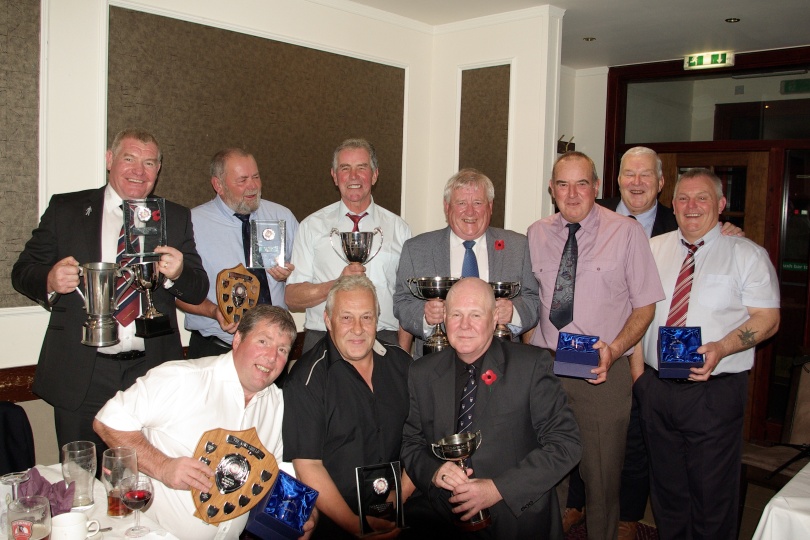